It was a cold winter day and we had a five hour delay. Now usually I would be excited about this but today it was just stressful. It was stressful because we were supposed to be going to Nature’s Classroom that day. So instead of leaving at 8:00 we left at 1:00 and got there at 4:00. So that meant I had 5 hours to worry instead of just 1 hour. When I got to school I was very excited. After a while of waiting we all put our bags on the bus and it was time to go.

When I was on the bus I was sitting with Bode and we talked the whole time. As we got closer to Nature’s Classroom me and Bode started to look out the window I thought it was really cool to see the change in weather. There were a lot of times where I would see a place and think that it was Nature’s Classroom and I would think “oh um is that it?”. But it wasn’t, so when we actually got there and I saw what it looked like, I was very relieved that it wasn’t some shack in the middle of the woods. Once we got there we unloaded the bus, played a game, then we  went inside and got our bunk mates  and which numbers they would be. After that we did our first field group, ate, did another field group, ate again, had our sing along, and went to bed.

The next few days were filled, and when I say filled, I mean filled with things to do. We got our first classes, ate food, had field groups, talked, and had some simulations like the Oregon trail and Predator vs Prey. I was really having fun and forgot about the rest of the world like school and other things. But then I remembered something that hit me like a rock to the gut I had to leave. To be honest I really enjoyed this and seemed sad to be leaving but I was glad to be going back to my house and seeing my family. My bunk mates and I, Sam, Michael, and Memphis (Bode was there too but had to leave two days ago because of skiing) talked, played some games like never have I ever then went to bed. When we woke up in the morning we had to pack up and leave. It was a big commotion while packing up but once we got on the bus I was sad and happy. I was sitting with Isaac. Once I got off the bus my mom was there and I went home. 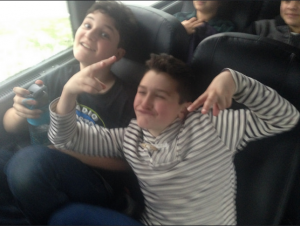 I didn’t really like soccer, but when I was three my parents enrolled me in a soccer camp. Everyone was playing the game (well sort of  -they were only three). I on the other hand was just running around the edge of the field, because I had no interest in the game whatsoever. After that day I never played soccer again, that is until I got older.

When I was ten I heard that my school had a soccer team, I forgot about not liking the game. After hearing this I did what any sensible ten year old would do, I got home and pleaded with my parents to let me play on the team. Guess what my parents said? They said,”yes.” The one thing that I had not thought about, was the gear I needed, so we went out and bought cleats, shin guards and shorts. Once I stepped on the field with my new gear I thought whoa this is  weird (I had never wore cleats before). So I tried for offense –  nope – tried defense – YES!  I thought defense was my thing. We started playing games and I was not that comfortable with defense but did not want to do offense so that was my dilemma. For the whole season I was defense and after the season I was disappointed that I did not say anything.

It was a new season of soccer and I joined the team again. I thought well I am eleven now and it’s a new year, so time to find my spot. I was put on defense again –  wow! But this time I said to my coach hey can I try goalie? He said yeah why not give it a whirl. I was a little stiff at first but he could tell if he worked with me I could be a really good goalie so he did work with me. Once my putts were good and my blocking was usually on point, I went to the goal for a game. Guess what? That was the only game we won. It was almost a blowout but at the last second I let one ball through. Hmm I thought… I think I found my spot on the team. Now my mom is enrolling me in my town team and I am watching soccer almost every day! This was a great experience for me, it helped me with writing and just in general. The way I think it helped me the most with writing is punctuation. The way it helped me in general is that now I am more open to my friends. Because I was as open as I could be on this blogging website. One of my favorite posts was blogpost number 5. I liked this one because I enjoyed learning about me and some of my classmates favorite foods. What I have learned from this that I can write more than I think. Because my limit used to be two paragraphs and that was it. But when I tried to write more I ended up with five paragraphs. I think I will always have the memory of doing the blogging challenge. Thank you for reading all of my blogs and Happy Blogging. For my Blogging challenge # 7 I am going to write about the Adirondack Mountains. The reason I want to write about them is because my cousins live there. I have loved going there since I was young. There is this one cliff called Moose Rock where you can jump off into the water and the rocks provide a way back up! It is a beautiful place with all of its green trees and glimmering lakes.

If you have ever visited or know someone who lives in the Adirondacks please tell me down below in the comment section until then Happy Blogging.

I found all my information from Visit Adirondacks New York.Usa

Hello my name is Caidin from Shirley’s 6th grade. One of America’s favorite foods are Grilled Cheese Sandwiches. You can make them any way toasted cooked and with any cheese like Gouda, Goat, Cheddar Etc. The reason Americans like grilled cheese, is because it is a combination of another two of our favorite foods which are bread and cheese. When they come together they make a great tasting sandwich. One of the most amazing things to pair it with is tomato soup. Tomato soup and Grilled Cheese is the most savory pair of foods ever. John Montagu created the sandwich then he took it stuck cheese on it and voila the Grilled Cheese Sandwich. If you want to read our blog click here. Thank you for reading and happy blogging. Halloween is coming round

All get ready to parade around town

Laughing and playing in the streets you hear an odd sound

Labels you check to make sure they’re still there

Why oh why is it so fun, maybe because you get to eat candy all day long

Especially because you get to dress up

Even get an excuse to EAT CANDY lots of candy

Never will you go back again to not eating candy

I have had a lot of great experiences with my family in my life but one of the most memorable moments is when we were running across the beach in Montauk. We were flying my kite and playing in the sand . I love my family and  they’re the most amazing people. They do so much for me every day, week, month, year. So I just have to say thank you mom and dad. On one Halloween night, as I pulled up into my driveway, someone ran up to my car and yelled, “ Don’t go in there! The history of that house will do you no good.” I thought nothing of it and went inside. Later I went to sleep.

I woke up in my dark room, heard an odd sound and thought about that person warning me. I shook the idea out of my head and tried to go back to sleep. Then there it was again. I just thought it was a mouse so I went back to bed. Then I heard it again but this time a red light came with the sound. It was emitting from under my door. I stepped down from my bed and a floorboard creaked. The sound stopped. Once it started again, it seemed like it was getting closer, and the noise was getting louder.

My muscles froze and I could barely breath. I saw the handle to my door turn and I ran and put my chair under it. Then I saw the mist coming through my walls. I was completely immersed in it now. It blinded me and I fell down. I tried to scream but nothing came out. The sound was beating against my eardrums. I felt claustrophobic and  I swore I saw a face among all the blaring noise and light. Then it stepped out of the red mist. I tried to run but the mist engulfed my feet. It felt like a cinder block and It pulled me in slowly.

I was sucked into the mist and it disappeared from this dimension. I was gone, forever stuck in the mist. I lost all memories. No person would ever know about this, until the next doomed person moved into this evil house.

Online I am Caidin  for more formal websites. But on less formal websites I am Blaster 925 and in real life I am Caidin. So yes I do change if I am on the internet. Online I am kind of secretive because I don’t want people to know who I am. If I am on a blog however I talk about my life because that’s what you do on blogs. In real life as long as I know the person I just talk. Sometimes people tell me to stop talking because I talk for so long!

I chose this avatar, because I do Karate and I thought this was closest to karate. I got this avatar from Bitmoji 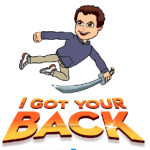 Hi my name is Caidin. I am 11 and my parents names are Charles or Chuck and Christine. When I am not doing anything I like to go up to my room and play or read. I was born in Manhattan and I lived there till I was 6. Then I moved to  Poughkeepsie.

I have 2 dogs, and the bigger one is called Brew. The second one is named Pudge. I have 2 cats 1 named Cassie and the other is Oscar, 2 birds named Willie and Nillie. and 4 crabs. Buferd, Peat, Pearl, and Rolly.

My favorite instrument is the guitar and I love it. I have been playing since I was four. When I first started, I played Acoustic guitar but last year I started playing electric. I love math and science they are my favorite subjects in school. So that is a little about Me. 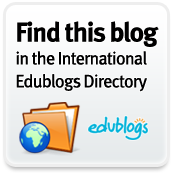